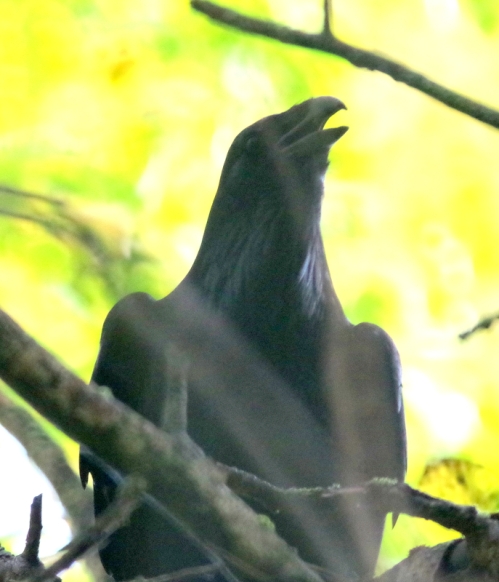 My recent experience of bird sightings without telephoto lens (BSWOTL) prompted me to affix my biggest gun to the DSLR this morning (500mm Tamron mirror) when I set out for a stroll around the lake. Eyes and ears open, I was well into the woods when I heard the unmistakable call of a raven. Taking a little used path that lead in the general direction I followed the sound through the bush until I came to a stand of tall aspen. But hark, what was that other sound? Who, who, who cooks for you? There had to be an owl nearby as well. I soon spotted the raven, and grabbed a few shots before it took off. The owl had since ceased to make any sound, but I was lucky enough to spot it high in a tree. It was a big one, and it was engaged in a long session of preening, which reminded me of cats, strangely enough. 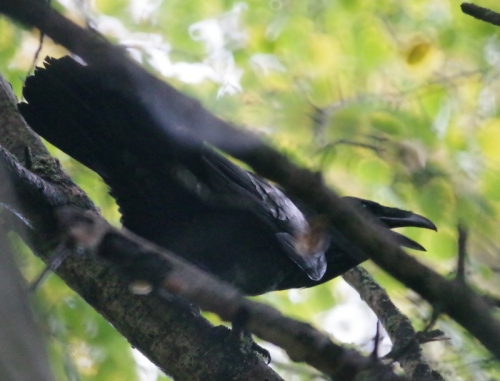 The oddest thing about the experience was how the raven and the owl seemed to be carrying on a conversation for some time. The raven would let out a series of clicks and caws, which would immediately be followed by the owl giving out a few hoots. This repeated a good number of times, certainly enough to imagine they were in some form of communication. 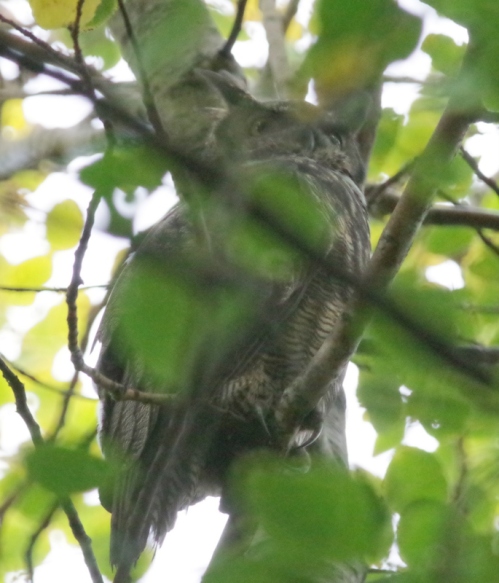 the owl sees all 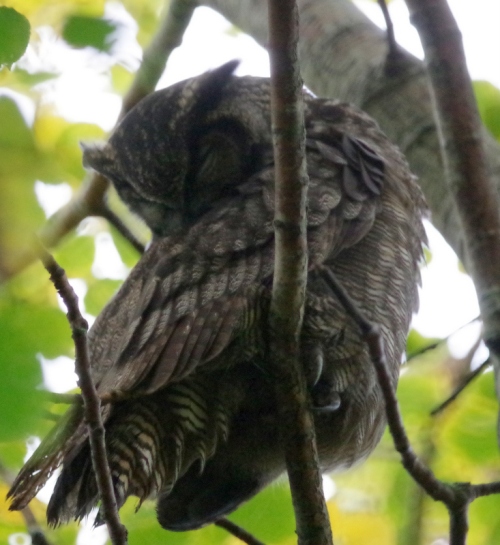 the owl can ignore you

I tried to make noises that would cause the owl to look down at me, but it ignored them. I suppose it had seen me when I arrived and knew that I was not worthy of further attention. As I wound my way back I took a path through the long grass and passed by a gaggle of geese hiding away. A few of them gave me the eye. 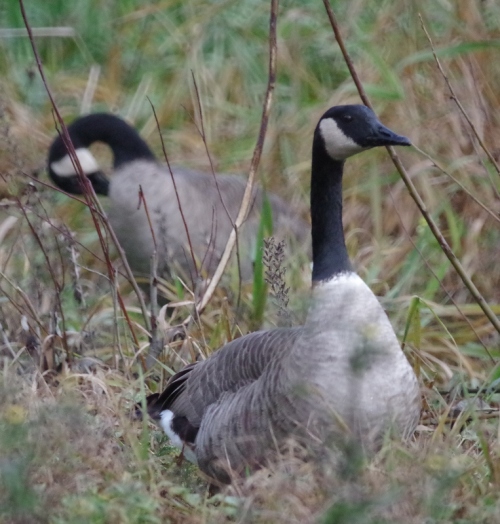 Carrying on I spotted lots more birds, most too small and quick to even think about capturing their picture, but there was a Great Blue Heron in a willow, resting one assumes. 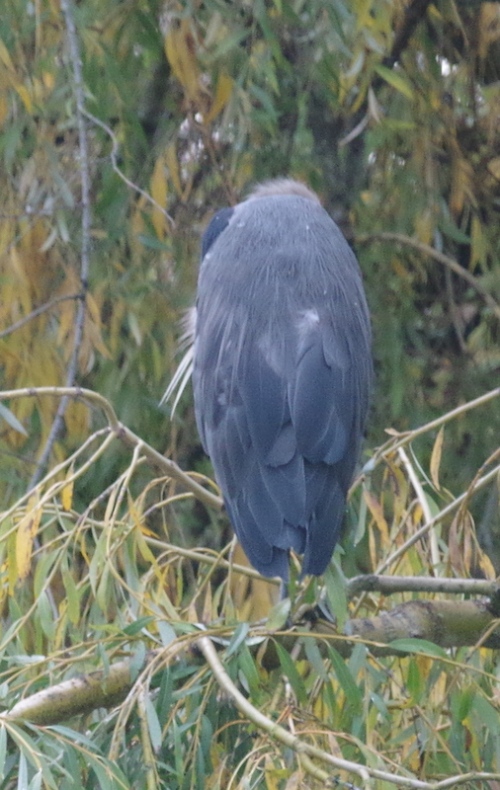 the heron acts as if he ignores you, but he knows you’re there

A few smaller avians were seen perched on treetops long enough for photos. 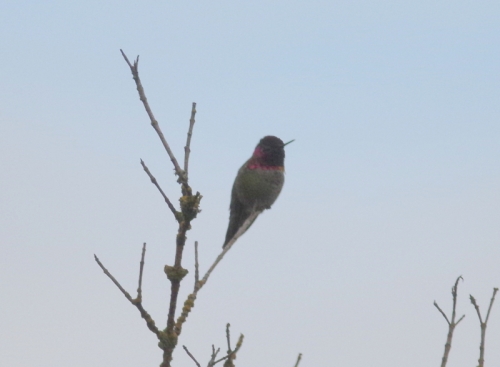 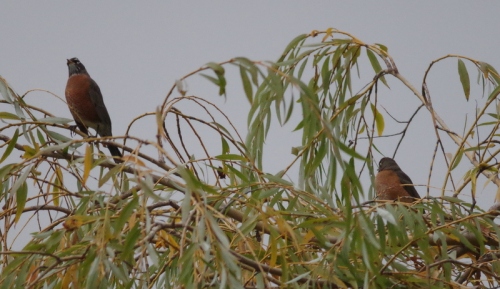