At last the sequel to Sky the Blue Mouse, which the world has been clamouring for. In these times of trouble, woe and “whoa – don’t get too close to me buddy”, let your spirits have a lift by delving deep into the world of blue animals, hobos, hot air balloons and mysterious stone towers!

Ciel the Blue Horse is now available on KDP in paper and ebook format. Click the picture to go to Amazon and get yours.

Two months, no gigs. For a musician this pandemic has put a halt to that, among everything else. But, we came up with a plan this week – a concert on the front lawn, maintaining 2 metres between players. I debuted the Corona Gold guitar, which performed flawlessly. I however performed less flawlessly, and more so as the temperature continued to drop and the wind picked up. By 8 PM we were done, after 90 minutes straight out fun.

my band –  bassist Larry is behind the tree

Meanwhile, life in isolation goes on. Meetings are held via computer. Days are spent alone, mostly, making something, or lately – painting again. I made a second guitar following the pattern of the Corona Gold, but this one strictly acoustic. I switched the top bracing from parallel to X, and made the body a little deeper than the previous one. Also employed the X brace on the back, and the same projected neck design. Having a tall bridge allows using a nifty adjustable bridge too, which makes action adjustments dead simple. Body and neck are maple, with spruce top. 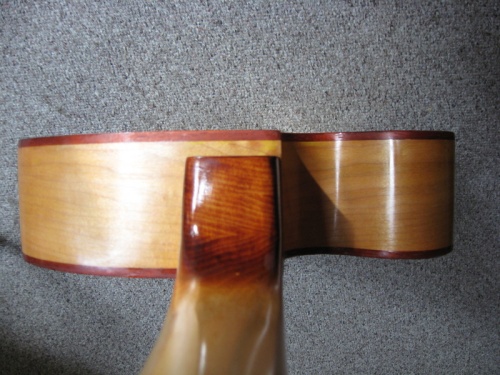 Again I finished this using wiped on polyurethane varnish mostly, with a few coats of french polish shellac on the top to make it glossy.

When the guitar was done, I decided it was time to get out the paint again, after a year. My first project was a kid sized card table, which became the canvas for duck. This is for the amusement of my 3 grandsons. 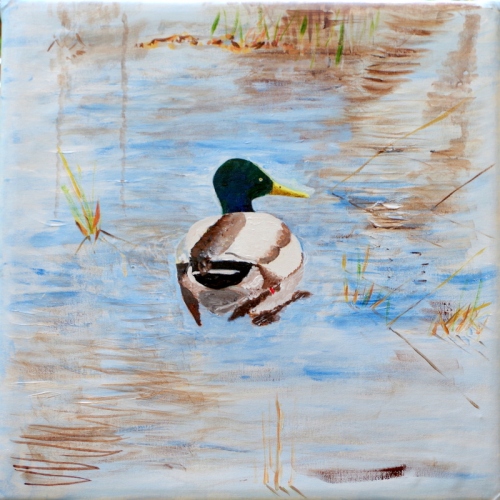 duck on a small card table

Two of them saw it, and were mostly impressed with the little pictures of trucks I painted around the edges. So much for the duck!

Next up was a scene from the Presidential Range of the White Mountains of New Hampshire. Once upon a time I spent many vacations hiking along those ridges, and several times staying in the huts. Lake of the Clouds hut is the largest of them all, and commands quite a view from its perch on the shoulder of Mt. Washington. 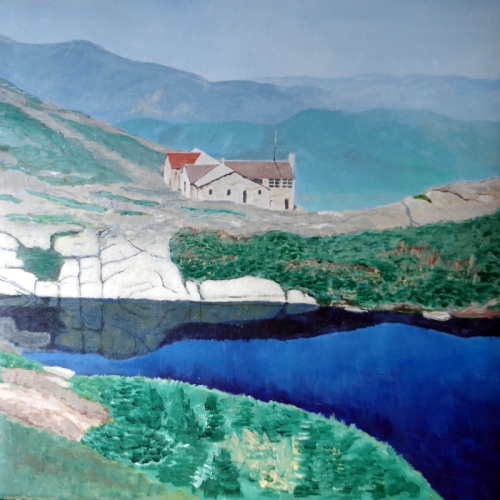 lake of the clouds hut

Sticking with the wilderness theme, I rendered my vision of a scene along the Cold River in the Adirondacks of New York (corrected from previous label of Raquette River, which was somewhere else). This was from a slide (Kodachrome even) I took while hiking the Northville-Placid Trail in 1979. May it remain ever wild and remote. 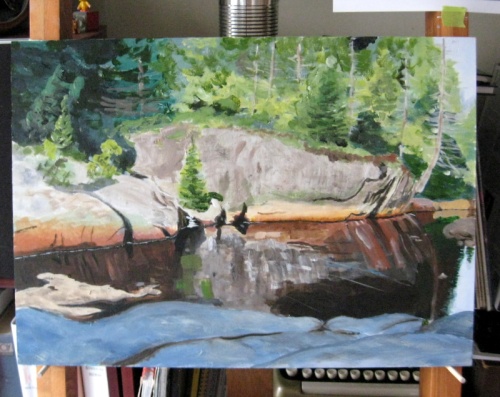 I’ve also been working on another picture book for kids, called Ciel The Blue Horse, and intend to publish it any day now. 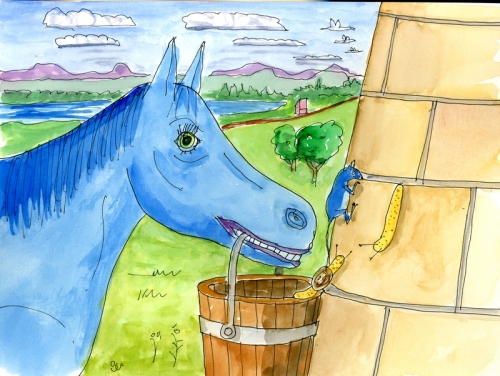 Ciel frees Aaron the snail from the bucket in which he was captured.