You may have heard of the USB typewriter, but what about the OBE? The OBE is in this case an honour bestowed by Elizabeth Regina, aka HM the Queen. It wasn’t bestowed on a typewriter, but on its owner. I discovered this today, due to a label that was affixed to the typewriter in question. How it ended up in Victoria, I’ll never know, but there it was. It’s a 1965 Olivetti Lettera 32, made in Ivrea, Italy. It has an unusually tiny typeface, too, about 12.5 characters/inch, like the Hermes elite. In any case, the label and address gave me all the information I required for a search, and it turned up the address, and some interesting things about the owner. I won’t divulge the name, as I think this would be inappropriate, but I will reveal the view from his one time residence, and the extract from the Belfast Gazette where it was noted he received honours from the Queen. The typewriter has French characters, as well as the German double S, and a QWERTZ keyboard. It is in perfect condition, and came with a thick typing pad. All it needed was a good wipe, as the ribbon is still in fine shape. 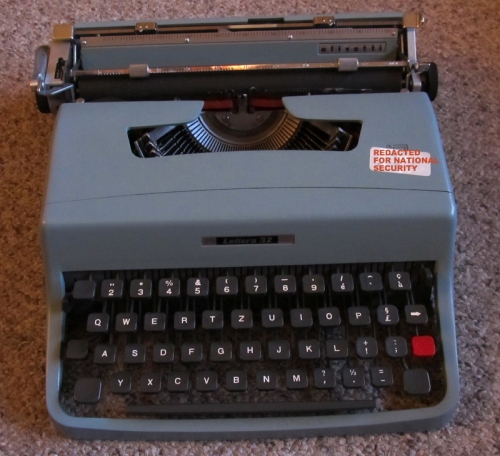 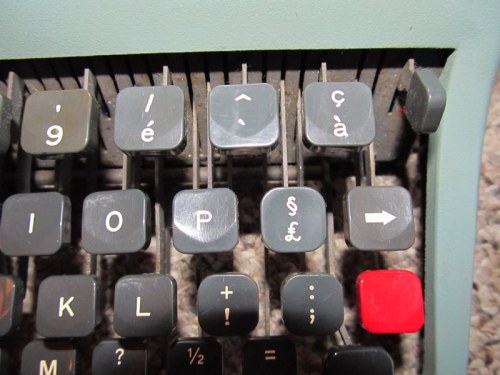 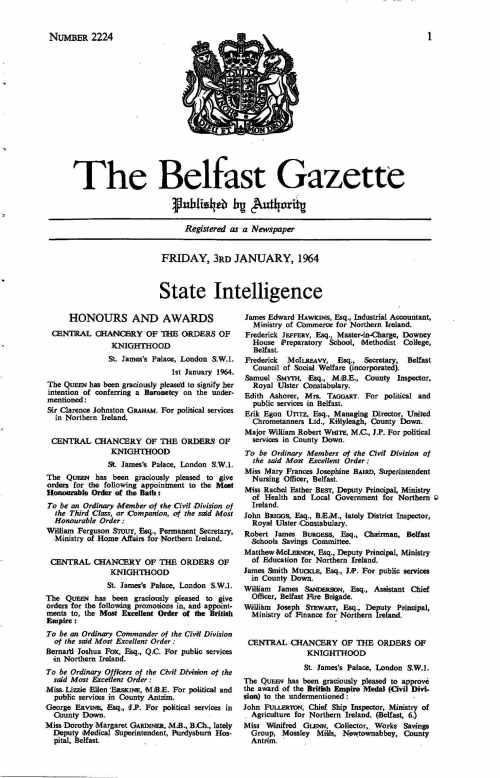 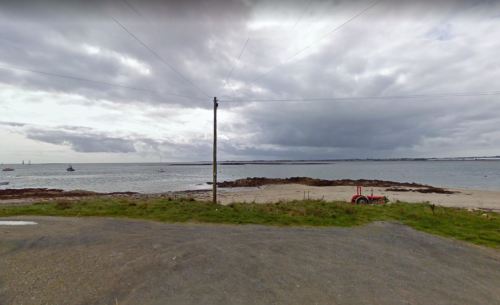 The owner once looked out at this scene. Liverpool is over there somewhere…..