I just squeaked this in so I wouldn’t miss posting for an entire calendar month. I’m torn between writing a novel for Nanowrimo or doing some other creative endeavour, such as sketching. As of Hallowe’en night I have no plot ideas, nothing, so it may be sketches. You never know about this however, because all of a sudden – blam!!! an idea comes forth like a thunderbolt (lightning bolt that is – thunder has no bolt). I may secretly be hoping that the ___bolt doesn’t arrive, so I can avoid the whole thing of hours writing (typed double spaced) and then a year of editing. It’s the aftermath that ruins the fun. If I could be content with sloppy work that would be better. Some might say I am, and who knows but they may be right, and yet I like to think that my work is honed like a Gillette Blue Blade (not the rusty ones). Well here is my creative output for the day, in preparation for a burst of creativity in November… ahem! 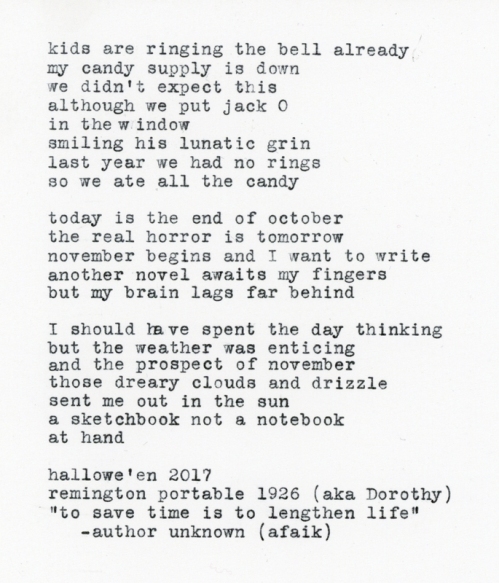 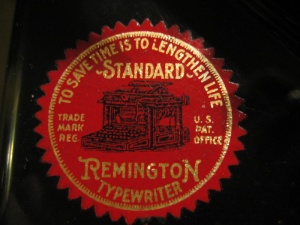 Then the Phone Rang 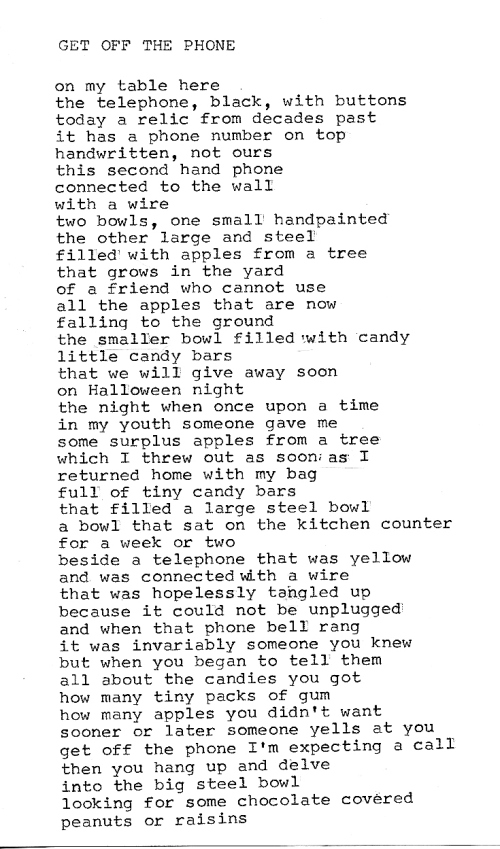