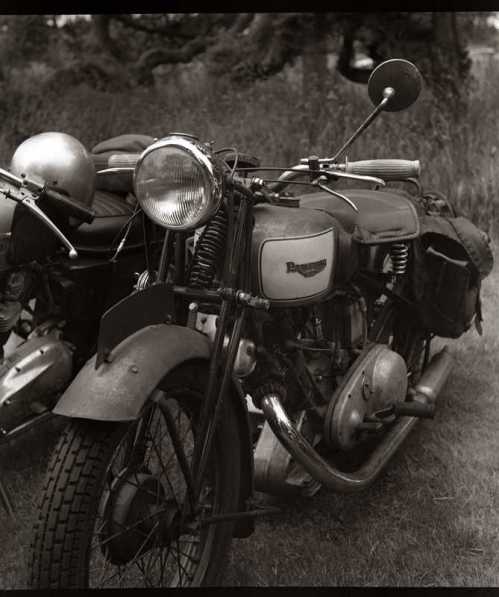 After my first adventure with Caffenol film developer I loaded one of my twin lens reflexes with a roll of film, that was best before 2007, trusting that it would still be good 7 years out of date. Here are some of the results, and I can report that it worked quite well indeed. I much prefer medium format when it comes to film. Of course I always did, but it was so expensive that I ceased doing it around the time I bought this film. I scanned this at 1200 dpi and the resolution is amazing. I once read that even if the lenses on medium format cameras never approached the resolving power of the best 35mm cameras, they still could outperform them due to the huge advantage of the large negatives.

These pics were shot recently, one at a British car rally, and one on a trip to Port Angeles. They seemed to go together. Ricohflex TLR camera, Fuji ACROS Neopan ASA 100, developed in Caffenol C-M for 12 minutes. Scanned on an Epson 2400 with a homemade 120 format cardboard mask. 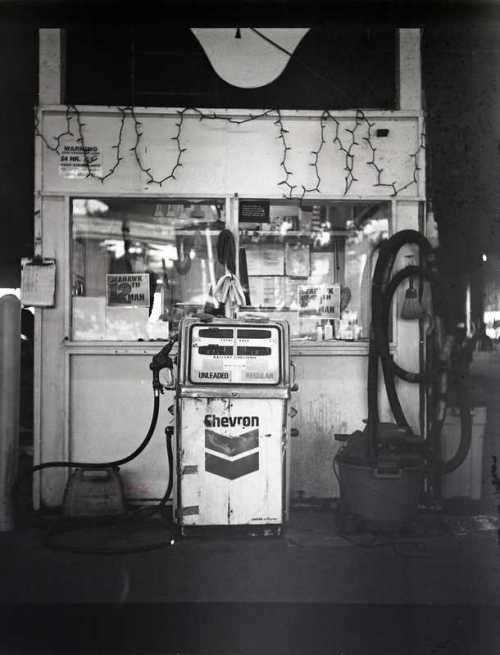 2 responses to “Fun With Coffee”