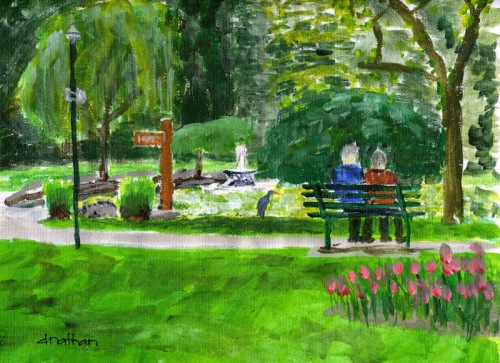 Yesterday’s outing produce this sketch of Fountain Lake in Beacon Hill Park. The lake was built in 1888 before the park was designed by Scottish landscape architect Blair. I find the abundance of green tones a huge challenge, obviously!

I was also prompted to pull out my Brother 750TR after reading about poet Les Murray and his very similar machine on oz.typewriter. But oz also had a post about typewriters used in the Fuhrer bunker, notably Adlers. I pulled out the Brother and gave it a short workout on the bench to see if there was ink left in the ribbon. Good enough. I carried it up stairs. Then I went to the living room and saw my Adler Tippa behind the couch. Which one to use? I set up the Adler on the table, fed in a piece of 9×12 sketch paper, the closest thing at hand, and just blurted out the first thing that came to mind. Maybe the Brother tomorrow. 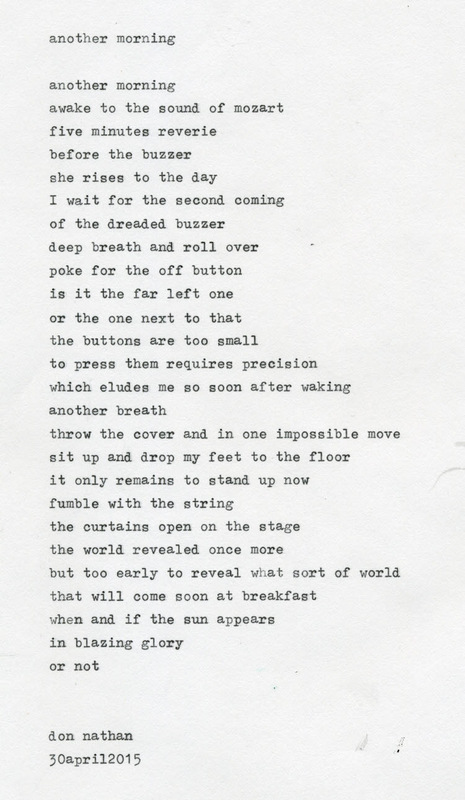