Typewriter day came and went here without fanfare, or so much as a peep. However, I did sell 2 typewriters to a budding typerata. She arrived minutes after she got my response to her email about a machine I had listed on Craigslist. She loves typewriters and has a few, all with names and their own ink colours. We spent a good hour talking typewriters, and I showed her a few interesting ones. Then she spotted one of my Olivetti L22’s that was on the floor. I picked it up last week, broken, and had spent a few hours getting it to work. So she bought that one too, complete with speil about Nizzoli, MOMA, etc. Despite the general lack of community here, we had a mini celebration for typewriter day, which was good.

Meanwhile I have been shooting film again and developing it in Caffenol. I dried the washing soda in the oven this time, and also added some table salt to the mix. This works great, and even after 3 weeks it worked well enough to develop 3 rolls. The only problem is that I’ve been using very stale film. The BW film was Ilford Delta 100, and that was almost like new judging from the results. However, the 14 year old Kodak Max 400 came out very grainy and low res, despite the camera. One roll of Kodak Max was shot with my Nikon F and the much vaunted Nikkor 85/1.8 and yet the results are pretty much indistinguishable from a Brownie. The best results were from the Ilford, a film that was 11 years old, shot with a Spotmatic and a SMC 50/1.4, which gave brilliant results. Check out this old Cressida! 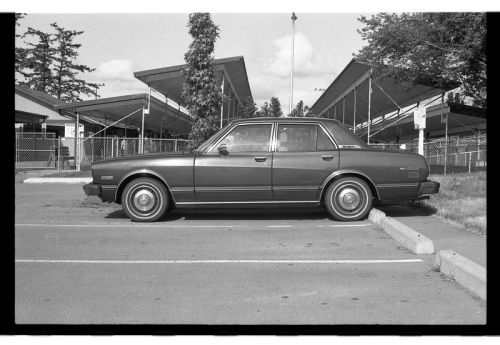 Colour film curls up horribly, and attracts dust like a magnet attracts iron filings, but the B&W film dried almost flat, and was relatively dust free. After this I just tossed away all the old colour film, because it’s too disappointing to get a good shot that is all dusty and grainy and looks barely focused. I’m not keen on 35mm film for this very reason, preferring 120, but since I have a lot of old cameras I like to exercise them once in a while. My Nikon F Photomic is a classic, but quite heavy and clumsy. I’d like to try shooting with it through the top, something I haven’t done. You don’t need a waist level finder to do this, although that would be nice. 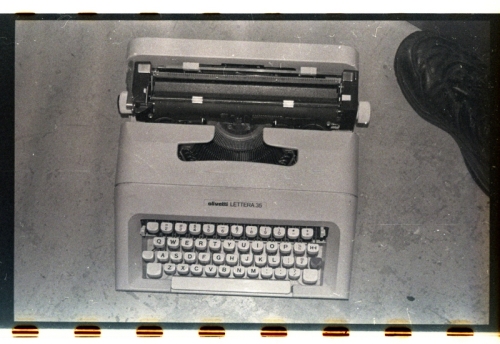 The 2nd Olivetti of the week was this L35, really just an L32 with a new cladding. The carriage lock was jammed, but I took it off and straightened out the metal tab that goes up and down, filed and polished the edges where this meets the lower rail of the carriage, and now it works fine. The whole thing comes apart as easily as can be, which is brilliant. I think it would take one minute if you know what you’re doing. The beauty of this is the shell can be painted any colour you like, as there are no other painted bits to fiddle with. This machine has every feature you need in a typewriter; full auto set tabs with a nifty brake that works, rabbit ears, and a paper table, plus a platen clutch. It has an interesting design – Italian Modern – and would fit right in with snazzy futuristic furniture. However, I prefer the feeling of the L22 over the 32, although it is a more complex machine and difficult to adjust. 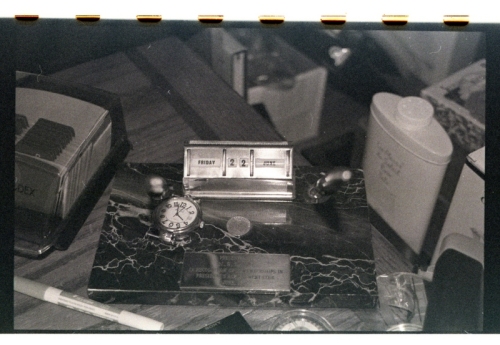 Here is another thing you don’t find in the store anymore – marble pen stands. This one is a Parker, and it came with one Parker pen – a ballpoint. I polished up the plastic barrel and it shines like new. They made these with high grade plastic. I also have a matching fountain pen, a Parker 51, but the ink tends to run out under gravity, so I leave the pen in there dry.

These go with the pen collection. Some are new, others are old bottles found (rarely) in thrift shops. Probably have a lifetime supply. 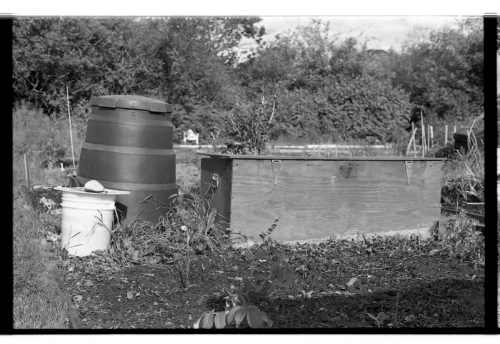 Here are a few more scans: 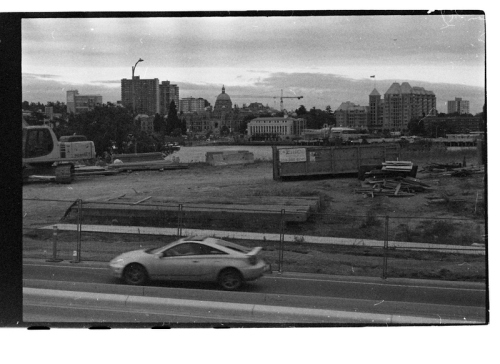 reclaiming the land where the old bridge stood 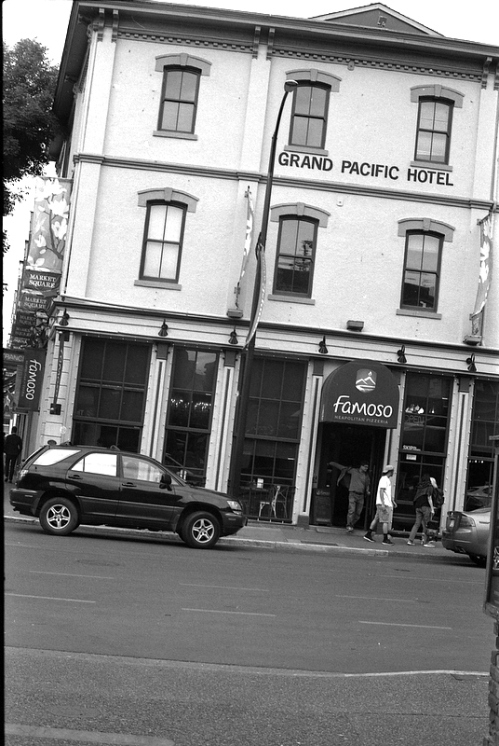